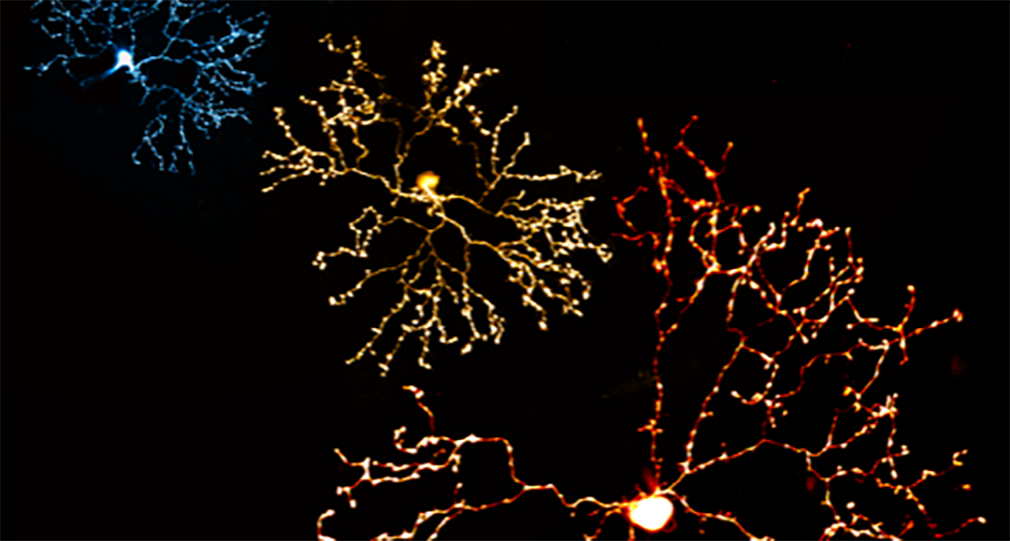 Please join us for this semester's Russell De Valois Lecture at 11 AM, Wednesday May 12, 2021 on Zoom with Dr. Marla Feller, UC Berkeley and Helen Wills Neuroscience Institute Professor of Molecular and Cell Biology.

Wiring Up Direction Selective Circuits in the Retina

The development of neural circuits is profoundly impacted by both spontaneous and sensory experience. This is perhaps most well studied in the visual system, where disruption of early spontaneous activity called retinal waves prior to eye opening and visual deprivation after eye opening leads to alterations in the response properties and connectivity in several visual centers in the brain. We address this question in the retina, which comprises multiple circuits that encode different features of the visual scene, culminating in over 40 different types of retinal ganglion cells. Direction-selective ganglion cells — first described by classic work of Horace Barlow and William Levick at UC Berkeley School of Optometry — respond strongly to an image moving in the preferred direction and weakly to an image moving in the opposite, or null, direction.  Moreover, as recently described (Sabbah et al, 2017) the preferred directions of direction selective ganglion cells cluster along four directions that align along two optic flow axes, causing variation of the relative orientation of preferred directions along the retinal surface.  I will provide recent progress in the lab that addresses the role of visual experience and spontaneous retinal waves in the establishment of direction selective tuning and direction selectivity maps in the retina.

The Russell De Valois Memorial Lectures series commemorates our beloved friend and colleague Russell De Valois, who pioneered the systematic analysis of color and spatial vision while he was a faculty member at UC Berkeley. Established in 2005, this lecture series brings outstanding vision scientists to the Berkeley campus to discuss their recent research. The series is funded by generous contributions to the School of Optometry in memory of Professor De Valois.