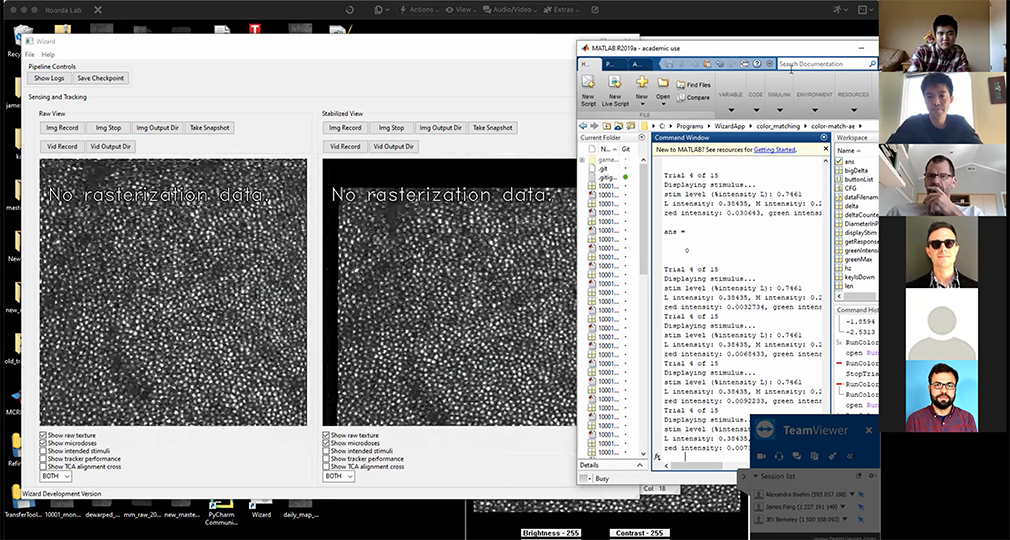 In a great example of innovating during the shelter in place restrictions, the Roorda Lab set up a virtual lab to allow members to run experiments (which run with four computers) entirely remotely. The only person in the lab is the subject, everyone else is in their office or at home. This image is a screen shot from a zoom video recording of one of their experiments in action.

Professor Will Tuten was the subject and he was connected by zoom with six other researchers as shown in the six inset panels on the right.

John Erik, Ally and James are all connected to the system computers via Teamviewer (like remote desktop, but better). James is sharing his screen on the Zoom call.

The pandemic forced the lab to devise new ways to run experiments. By opening the doors to the 'virtual' lab, Roorda et al have been able to get more people involved in the experiments and be more collaborative. This is one instance where the lab memebers are not eager to go back to business-as-usual once the pandemic is over.

Kudos to Pavan Tiruveehula for the set up.