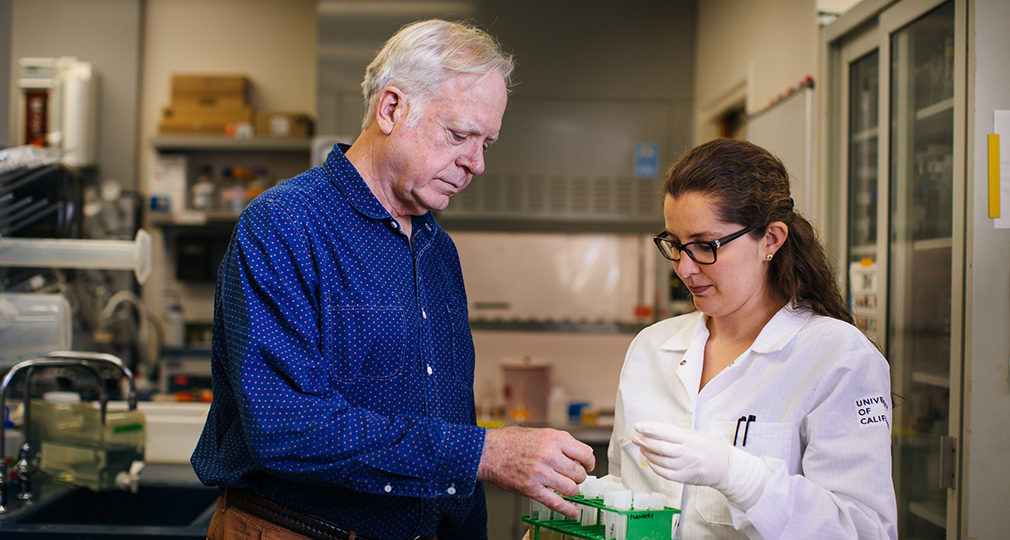 Neuronal ceroid lipofuscinosis (NCL) is a family of neurodegenerative diseases caused by mutations to genes related to lysosomal function. One variant, CNL11, is caused by mutations to the gene encoding the protein progranulin, which regulates neuronal lysosomal function. Absence of progranulin causes cerebellar atrophy, seizures, dementia and vision loss. As progranulin gene therapies targeting the brain are developed, it is advantageous to focus on the retina, as its characteristics are beneficial for gene therapy development: the retina is easily visible through direct imaging, can be assessed through quantitative methods in vivo, and requires smaller amounts of adeno-associated virus (AAV). In this study we characterize the retinal degeneration in a progranulin knockout mouse model of CLN11 and study the effects of gene replacement at different time points. Mice heterologously expressing progranulin showed reduction in lipofuscin deposits and microglia infiltration. While mice that receive systemic AAV92YF-scCAG-PGRN at post-natal day 3 or 4 show a reduction in retina thinning, mice injected intravitreally at months 1 and 6 with AAV2.7m8-scCAG-PGRN exhibit no improvement, and mice injected at 12 months of age have thinner retinas than their controls. Thus, delivery of progranulin proves to be time-sensitive and dependent on route of administration, requiring early delivery for optimal therapeutic benefit.

More About the Flannery Lab

Drs. John G. Flannery and Emilia Zin in the Flannery lab on the UC Berkeley campus.