New Paper in eLife from the Roorda Lab 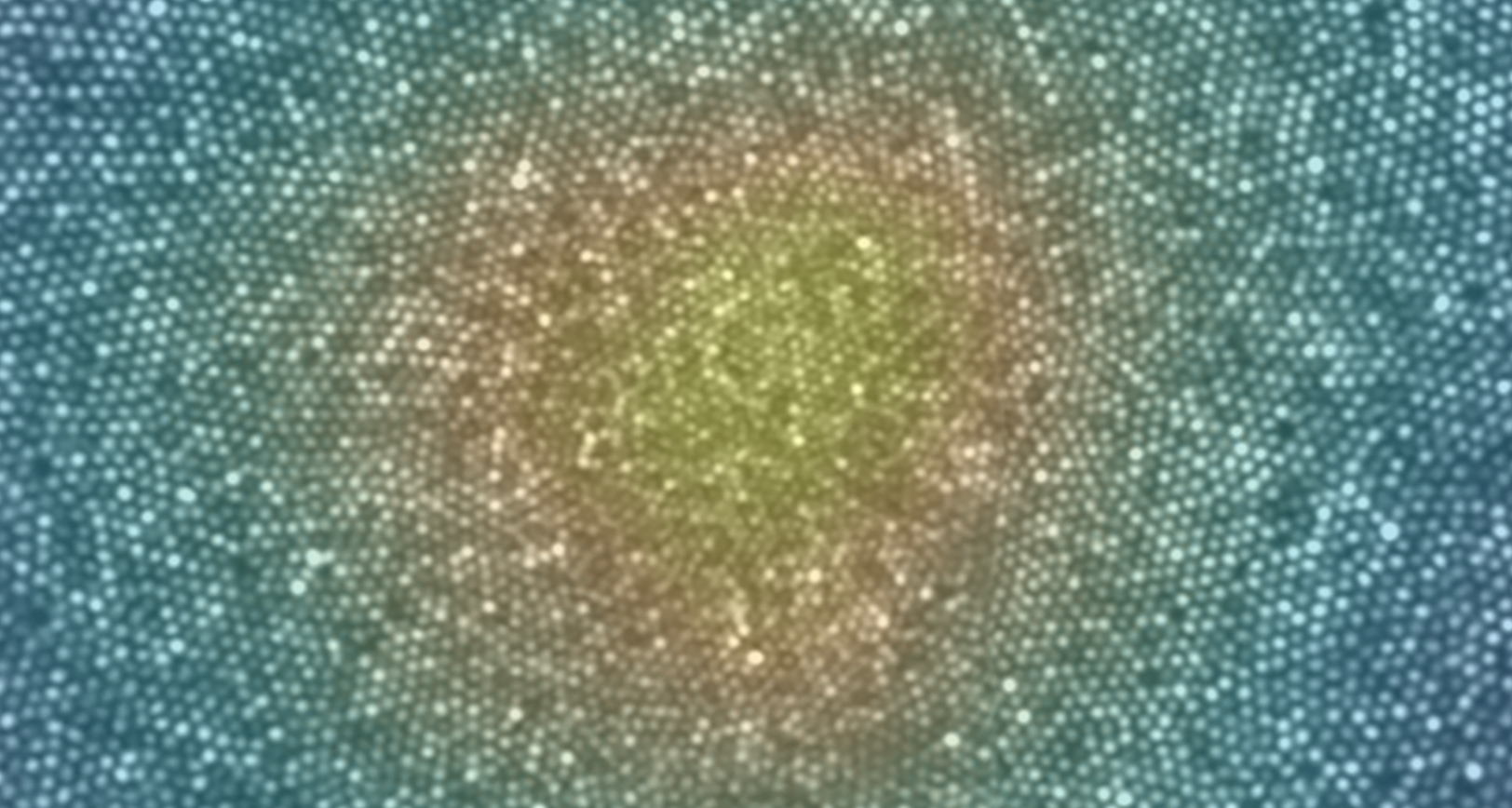 Image of cone photoreceptors across a 279 micrometer square patch of subject 10003L's fovea. The image spans one degree of visual angle. To get a sense of scale, the image of the full moon on the fovea would have a diameter that is ~1/2 of the width of this image. Each bright spot is the light reflected from a single cone. The color code indicates the density. In this individual, the peak cone density is 204,020 cones/mm2 and 15,851 cones/deg2.

We provide the first measures of foveal cone density as a function of axial length in living eyes and discuss the physical and visual implications of our findings. We used a new generation Adaptive Optics Scanning Laser Ophthalmoscope to image cones at and near the fovea in 28 eyes of 16 subjects. Cone density and other metrics were computed in units of visual angle and linear retinal units. The foveal cone mosaic in longer eyes is expanded at the fovea, but not in proportion to eye length. Despite retinal stretching (decrease in cones/mm2), myopes generally have a higher angular sampling density (increase in cones/deg2) in and around the fovea compared to emmetropes, offering the potential for better visual acuity. Reports of deficits in best-corrected foveal vision in myopes compared to emmetropes cannot be explained by increased spacing between photoreceptors caused by retinal stretching during myopic progression.

The human eye has many different parts that enable sight. The retina is the light sensitive tissue at the back of the eye, and it contains the fovea, the region that provides the clearest vision. Light must be focused on the retina to create images, a feat achieved by the transparent parts at the front of the eye called the cornea and lens. These parts of the eye are called the optics.

Between birth and adulthood, significant changes take place in the eye. Most noticeably, the distance between the optics and the fovea grows by about seven millimeters. Cells called cone photoreceptors, which provide light sensitivity, migrate and pack into the fovea. Finally, the eye’s optics adjust to maintain a sharp focus. At the same time, the brain is learning how to process inputs from the eyes to generate mental images that realistically correspond to the physical world around it. The development of the eye is fascinating in its complexity, but for more and more people, the process does not go as expected.

Specifically, a growing proportion of the population has eyes that are too long. This means that, for light reflected by far away objects, the eye’s optics form an image in front of the retina instead of on it. As a result, images of distant objects cannot be seen clearly, a condition known as myopia or nearsightedness. Researchers have also discovered that nearsighted people see less clearly than those who do not use glasses, even when given a sharp image to examine at close range. It has been hypothesized that these deficits result from stretching of the retina as the eye becomes bigger.

Until recently, testing this hypothesis by looking at cone photoreceptors directly in the eye was impossible. This is because the optics of all eyes have small imperfections that distort the light passing through them, including any light used to take high resolution microscopic images of the fovea. This hurdle can be overcome using adaptive optics, which means adding a deformable mirror to the instrument being used to image the eye that can adjust to correct the distortion.

Wang et al. use a new generation Adaptive Optics Scanning Laser Ophthalmoscope to check the density of cones at the fovea in relation to the size of the eye. They show that although the center of the fovea has fewer cones when the eye is bigger, this effect is more than offset because the longer eye increases magnification. So, if a near-sighted person wearing contacts and someone who does not need glasses stood side-by-side admiring the full moon, the near-sighted person would most likely have more cones sampling the image and should therefore have a higher resolution view.

These findings rule out reductions in the density of cone photoreceptors as the cause or effect of visual deficits associated with near-sightedness, adding to the understanding of this common condition.

The study was led by Charlotte (Yiyi) Wang; co-authors include Nicolas Bensaid, Pavan Tiruveedhula, Jianqiang Ma, Sowmya Ravikumar, Austin Roorda. Lead author Charlotte (Yiyi) Wang was a T32 summer researcher at Berkeley Optometry in 2016. She continued to do research with the Roorda lab after that summer and received OD honors distinction with her OD degree. Her work has culminated into this paper which has been published in eLife.