An eye-opening look at the glymphatic system 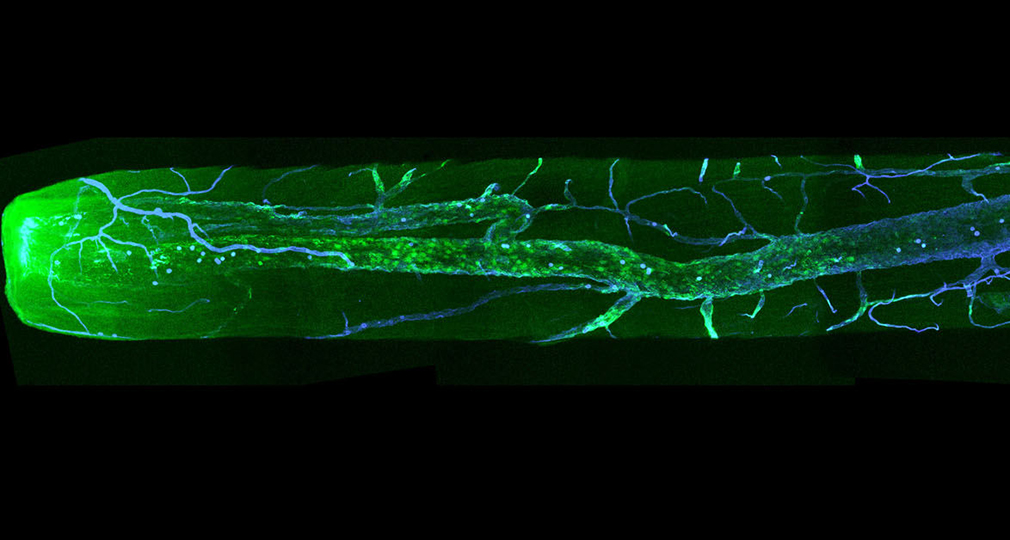 Demonstrated existence of a glymphatic system in the rodent eye responsible for the removal of ocular Aβ via the optic nerve.

The lab of Berkeley Optometry's Dr. Lu Chen has contributed to a new study that has been published in Science Translational Medicine. The authors note that, "Similar to the brain, the eye is a privileged organ and lacks the classic lymphatic vessels responsible for the circulation of fluids and removal of waste products from peripheral organs. A glymphatic system has been demonstrated to be responsible of drainage of molecules, including amyloid-β (Aβ), from the brain. Now, Wang et al. demonstrated the existence of a glymphatic system in the rodent eye responsible for the removal of ocular Aβ via the optic nerve. In addition, the authors demonstrated that this clearance pathway was impaired in rodent models of glaucoma, suggesting that the glymphatic system in the eye might contribute to the disease pathophysiology."

In an article about the study published in The Scientist, Maya Koronyo-Hamaoui, a neuroscientist at Cedars-Sinai Medical Center who was not involved in the work, says, "It’s the first time anyone has really shown the ocular glymphatic system to be . . . an additional route of metabolite clearance in the eye and relevant to amyloid-β."

"Despite high metabolic activity, the retina and optic nerve head lack traditional lymphatic drainage. We here identified an ocular glymphatic clearance route for fluid and wastes via the proximal optic nerve in rodents. β-amyloid (Aβ) was cleared from the retina and vitreous via a pathway dependent on glial water channel aquaporin-4 (AQP4) and driven by the ocular-cranial pressure difference. After traversing the lamina barrier, intra-axonal Aβ was cleared via the perivenous space and subsequently drained to lymphatic vessels. Light-induced pupil constriction enhanced efflux, whereas atropine or raising intracranial pressure blocked efflux. In two distinct murine models of glaucoma, Aβ leaked from the eye via defects in the lamina barrier instead of directional axonal efflux. The results suggest that, in rodents, the removal of fluid and metabolites from the intraocular space occurs through a glymphatic pathway that might be impaired in glaucoma."

Fluorescently labeled amyloid-β (green) is cleared from the mouse eye along the veins (blue) within the optic nerve. Photo: WANG ET AL.