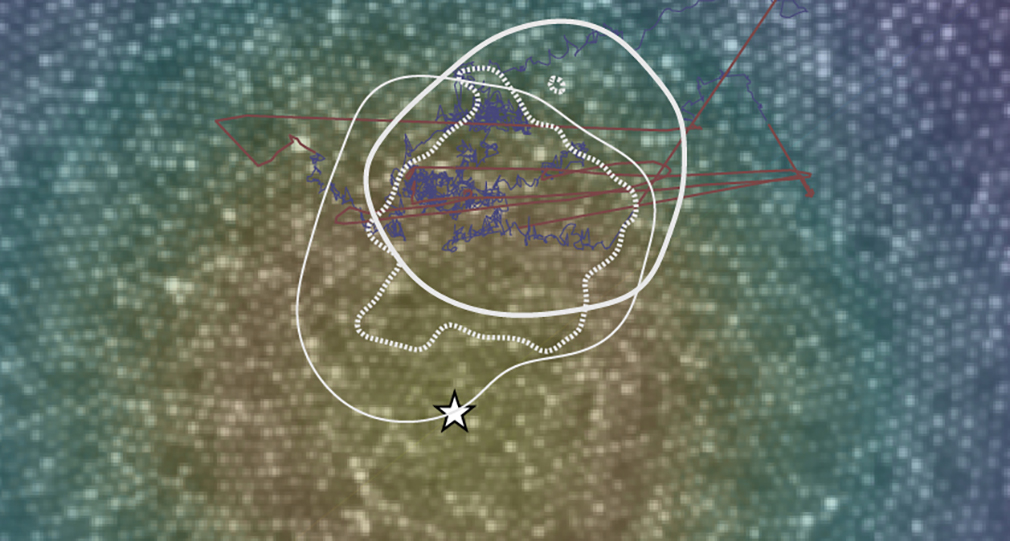 Human fixational eye movements are so small and precise that high-speed, accurate tools are needed to fully reveal their properties and functional roles. Where the fixated image lands on the retina and how it moves for different levels of visually demanding tasks is the subject of the current study. An Adaptive Optics Scanning Laser Ophthalmoscope (AOSLO) was used to image, track and present a variety of fixation targets (Maltese cross, disk, concentric circles, Vernier and tumbling-E letter) to healthy subjects. During these different passive (static) or active (discriminating) tasks under natural eye motion, the landing position of the target on the retina was tracked in space and time over the retinal image directly with high spatial and temporal (960 Hz) resolution. We computed both the eye motion and the exact trajectory of the fixated target’s motion over the retina. We confirmed that compared to passive tasks, active tasks elicited a partial inhibition of microsaccades, leading to longer drift periods compensated by larger corrective saccades. Consequently, the overall fixation stability during active tasks was on average 57% larger than during passive tasks. The preferred retinal locus of fixation was the same for each task and did not coincide with the location of the peak cone density.

Image of the cone photoreceptors at the very center of a human fovea taken with a custom-built adaptive optics scanning laser ophthalmoscope in Austin Roorda's lab. Each cone is just over 2 microns in size. The colored overlay indicates the change in density and the star indicates the point of maximum cone density. Interestingly, the preferred retinal locus (PRL), which is where the eye places images of things that they look at, is not right at the fovea, but often slightly displaced. The blue and red traces show how the image of a fixated object moves across the ever-moving retina and indicate periods of drift (blue) and microsaccades (red). The three contours indicate the overall PRL (dashed line), the locus of microsaccade start points (thin line) and the locus of microsaccade end points (thick line).