Eye exams that can tell you about your health 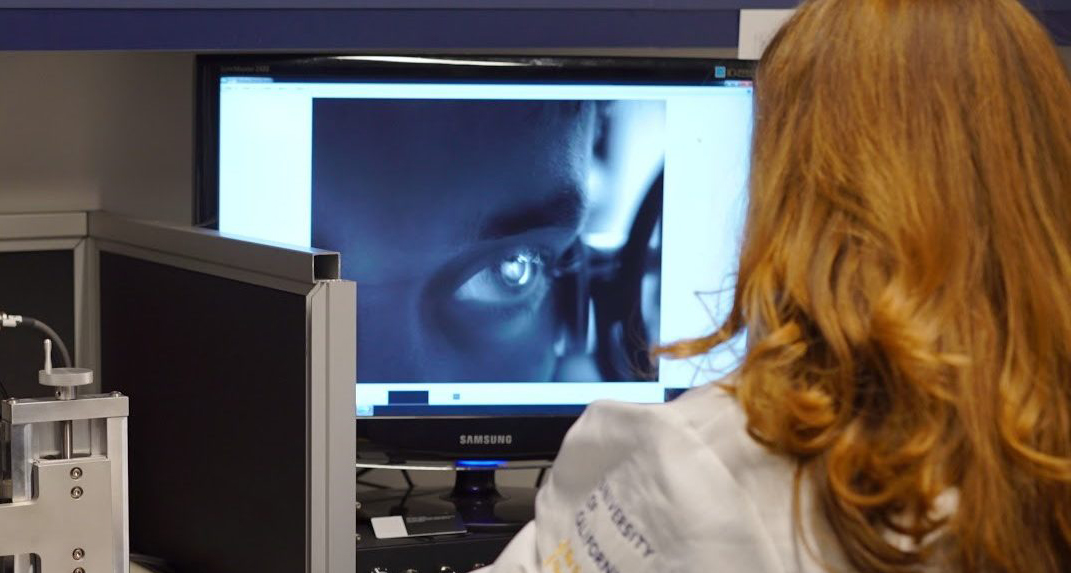 Vision Science alums Christy Sheehy and Zachary Helft are featured in this week's Berkeley News for their startup's (C. Light Technologies) presentation at Berkeley SkyDeck’s annual Demo Day, where entrepreneurs pitched new devices, apps or inventions that, they hope, will provide big, bold fixes to the world’s problems, from climate change to disease.

C. Light Technologies was co-founded by Drs. Sheehy and Helft. Through her dissertation as a Berkeley Ph.D. student in vision science, Sheehy created technology that can assess a patient’s neurological health through a 10-second high resolution retinal screening.

“The eye is a magical place,” said Sheehy. “It can really be a window into your brain health. There are many diseases that impact eye motion. It’s a great non-invasive window into the overall health of your brain.”

The company is using its technology to help choose the best medications for multiple sclerosis, while also monitoring progression of the disease in patients. The company is also collecting data to help detect Alzheimer’s and concussions in patients.

“My research at Berkeley inspired the commercialized product,” Sheehy said. “And SkyDeck allowed me to bring an idea from bench to bedside.”

UC Berkeley’s flagship startup accelerator, Berkeley Skydeck, are looking to raise money from 700 investors who attended the event. Since 2012, companies affiliated with SkyDeck have raised $1.2 billion.