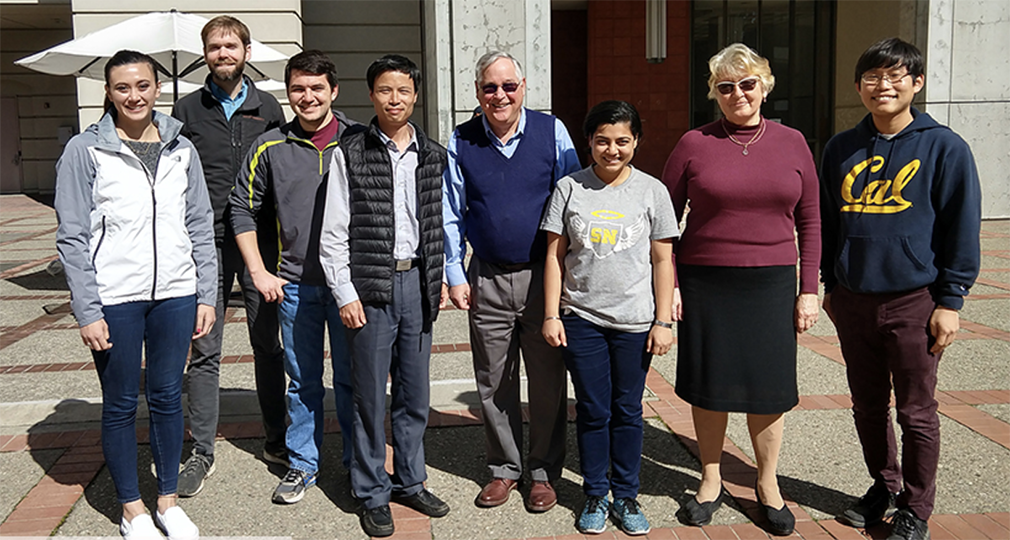 UC Berkeley professor Clayton Radke (center, with his lab above) has been awarded the Ruben Medal by the International Society for Contact Lens Research. The medal is awarded by vote of the previous recipients to an individual who has made outstanding contributions to the field of contact lens-related research.

The International Society for Contact Lens Research (ISCLR) is a group committed to international communication in the field of contact lens research and related sciences.

The ISCLR was established in 1978 by a group of world leading researchers, including Montague Ruben from Moorfields Eye Hospital in London, who became Founding President. Through Montague Ruben’s involvement, Otto Wichterle from Czech Republic and the father of soft contact lenses, became Patron of the organisation.

The ISCLR recognised that keeping in touch with the latest investigations around the world is essential to the progress of research and product development. While publication or release of information into the public domain often prevents the communication of valuable early stage research results, the closed structure of ISCLR and it’s meeting allows researchers and industry to benefit from international research efforts, and to maintain their links with the forefront of research knowledge.

ISCLR has become a crucial way in which researchers and industry in the field of contact lenses may be brought rapidly up-to-date with important developments and directions.