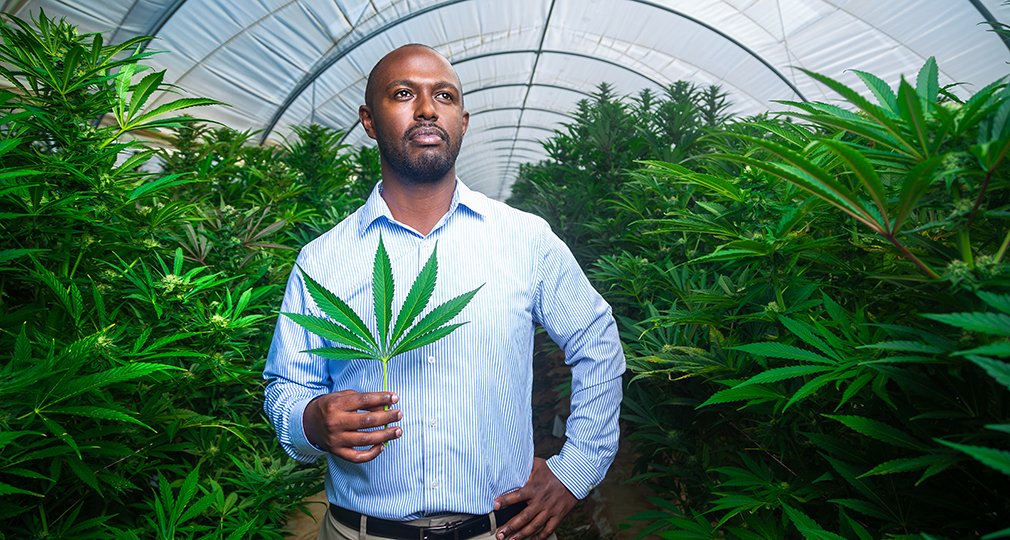 Students with start-ups are as common at UC Berkeley as blue and gold “Cal” T-shirts. But likely only one — Kaleb Asfaha, a PhD candidate in Vision Science at the School of Optometry — is applying his years of analytical chemistry experience and mass spectrometry skills to opening a pharmaceutical-grade lab capable of certifying the purity and safety of legal cannabis in California.

Kaleb has temporarily set aside his nearly finished dissertation on Chlamydia trachomatis, a bacterium that can cause a blinding disease called trachoma, to found Merso Labs Inc. Once licensed by the state’s nascent Bureau of Cannabis Control, Merso plans to fire up its mass spec instruments sometime in November.

Kaleb has thrown himself into the project, networking with cannabis business people, finance gurus and venture capitalists. He says he has raised about $500,000 from friends and family, and has half a dozen VC companies ready to pay between $1.5 and $3 million for a stake in his budding business, located in Santa Barbara County.

“I’m a product of the UC system,” says Kaleb, 34. “And UC Berkeley is the cherry on top. They’ve carried me all the way, from where I come from in East Africa, through poverty in America, toward a PhD and becoming an entrepreneur in California.” With two degrees in chemistry — a BA from the University of California, Santa Barbara and an MS from San Francisco State University — this native of Ethiopia and California resident since 2000 is a Golden State immigrant success story.

Kaleb’s PhD advisor, Dr. Karsten Gronert, picked up on his energetic and independent spirit right away. “It immediately became apparent he was entrepreneurial, a big picture thinker,” says Dr. Gronert. “His chlamydia project was driven by a vision he had, to try to understand something about the disease and maybe down the road, to bring something helpful back to Ethiopia.”

“I’m a product of the UC system, and UC Berkeley is the cherry on top. They’ve carried me all the way, from where I come from in East Africa, through poverty in America, toward a PhD and becoming an entrepreneur in California.”

But the grueling PhD process Kaleb began in 2013 took a toll. With Dr. Gronert’s blessing, he took a break in the summer of 2017. That’s when the cannabis testing idea, planted in his mind by a friend’s comment more than a year before, took root. He ran numbers with his sister, an accountant, and was blown away by the business potential.

The city of Lompoc, once known as the flower seed capital of the world, is now processing Kaleb’s application for a cannabis testing lab license. He says he has leased a 2,300 square-foot building there, optioned another 7,000 square feet of space immediately adjacent and hired an architect to design the lab’s layout. He also says he has an exclusive testing contract, with one of the area’s largest cultivators, that could potentially generate annual revenue in the tens of millions of dollars.

Meanwhile, Kaleb is negotiating acquisition of a set of mass spectrometry instruments, each of which can cost from $400,000 to $700,000. They will be the heart of the highly automated, rapid analysis system he’s envisioning. The company will eventually test samples from hundreds of 50-pound batches of cannabis for potency and for the presence of impurities such as pesticides, fungal mycotoxins, heavy metals and bacteria. To protect cannabis consumers, new California law requires that cannabis products sold by licensed vendors meet minimum safety standards for purity or be destroyed.

It’s the culmination of Kaleb’s experience at companies like Dow, Novartis and Genentech, as well as the mass spectrometry expertise he picked up in Dr. Gronert’s lab. “He took the tools and techniques he learned in the PhD program and saw how to apply that to this niche market, analyzing and certifying now-legal marijuana in California,” says Dr. Gronert. And Kaleb is grateful for the opportunity. “The most important part was Karsten; he’s a great mentor,” he says. “He’s tough on you; he doesn’t let you slide on things. He makes you work hard; he makes you really understand things. He’s probably my biggest critic and my biggest supporter at the same time.”

But getting to this moment has not been easy. Kaleb has paid some dues. When he was 8, political turmoil, including a coup d’état, forced him and his family to give up their comfortable life in the Ethiopian capital, Addis Ababa, where his father was a government official. 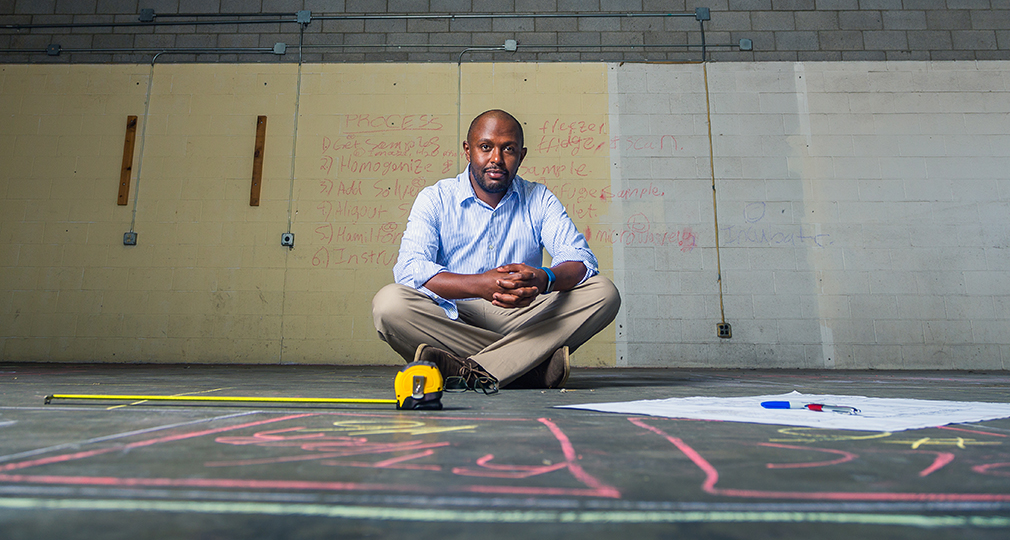 When the dust settled, Kaleb, his mother and four siblings ended up struggling to pay the rent in the Washington, DC suburbs. His parents had split, and later divorced, and his father headed to the U.K. to pursue a graduate degree.

In the DC suburbs of Maryland’s Montgomery County, Kaleb got into good schools, but began running with a bad crowd. At 14 his mother sent him to live with his father, who had returned to Ethiopia where he was prospering. It was a big wake-up call.

“It made me realize how important education was,” he says. “I went from living in a DC neighborhood suffering from poverty and violence to spending a year in a loving welcoming country where racism almost doesn’t exist, watching my father succeed because he had university degrees.”

That kick in the pants gradually awakened Kaleb’s drive to succeed. At 16 he was sent to live with relatives in California, which he found a “paradise” he’s called home ever since. Since then his parents and four siblings have all settled in the Santa Rosa area of California, where for the past decade his mother has run Abyssinia, an Ethiopian restaurant.

But for Kaleb, always looking ahead, Merso Labs, which takes its name from his mother’s maiden surname, is just the beginning. Once he has the lab up and running he plans to complete his PhD. And if the lab succeeds, he hopes it may finance his move into the medication delivery device business, especially for delivering medicine to the eye, the human organ he still finds most fascinating.