The Software Module provides custom programming support for physiological, psychophysical and image analysis applications that are important for understanding visual system function. The Software Development Module is unique in providing new software to solve stimulation, acquisition, and analysis problems that have existed for years, but cannot be solved with commercially available software.

The module supports the development of shared software tools (and some computer hardware) that will be of use to many members of the UC Berkeley Vision Science community. Development focuses in a variety of areas, including Eye Monitoring Tools, Display Tools, Neuroimaging Tools, and Psychophysics/Physiology Software Development.

Examples of software development in this module include:

Please email akhila.raman@berkeley.edu for available software, which may need to be adapted for your specific needs.

Stanford’s Vista Lab has an automated software for calibrating displays/monitors using Photo Research PR-650 colorimeter, which is available in our department. The program vistaCalibrateMonitor.m, which uses Matlab/Psychtoolbox is also available.

Software was designed and implemented in Matlab/PsychToolbox to be used in psychophysics experiments related to amblyopia. The goal of the experiment is to measure the observer’s threshold in detecting a low-contrast sine-wave grating (central target) with or without surrounding sine-wave grating (surround stimulus) of different orientations. GUI software was implemented to control the parameters easily at the beginning of each experiment.

Software was designed and implemented in Matlab which processes the ultrasound signal reflected from various parts of the eye of chick and guniea pigs. This program identifies the significant ultrasound peaks using a peak detection algorithm and performs pattern matching across traces using normalized cross-correlation to identify the first peak and gives users the option to move the peaks accurately with a mouse for each trace and outputs average thickness of each region and standard deviation in an output file.

Software was designed and implemented in Matlab which processes the data files from the eye tracker associated with MR scanner. This program reads the X, Y eye position and detects blink portions and removes the blinks. It also compensates for the low frequency drift caused by the head movement using a high pass filter. It also removes high frequency eye tracking noise using a low pass filter. It performs saccade detection and allows valid saccades to pass through. 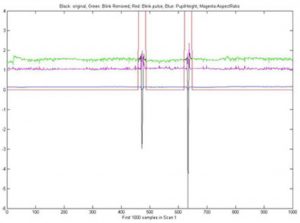 Software designed and implemented in Matlab which reads the cardiac pulse and respiratory data and computes the repetition frequency of the respective data by using a robust maxima/minima detection algorithm in time domain which performs better than Short Term Fourier Transform method.

Software designed and implemented in Matlab and C/C++, in real-time to track the subject’s eye in Shack-Hartmann Wavefront Sensor setup. This software was tested first with the model eye and then with the real eye. This software combats problems in case of the real eye, such as intensity fluctuations of each centroid (laser beam reflected back from the eye) and variable inter-centroid distance within a given frame by filtering intensity variations, filtering estimated pupil center, cross-correlation method to stabilize centroid jumps in real eye and other methods. 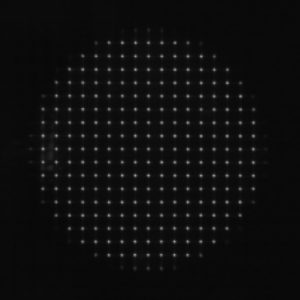 Software was designed and implemented in Python to interface with CHR-UM6 Orientation sensor in Linux in real-time and synchronize the sensor data with Eye Link Eye Tracker Data. This software established communication with the sensor in Linux in real-time using serial packet communication protocol. It obtains orientation data (Pitch, Roll and yaw) by programming configuration and command registers in sensor. Then, it calibrates the orientation data by programming the rate gyro. Then it synchronizes this sensor orientation data with Eye Tracker data. 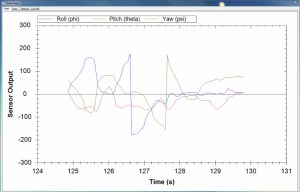 Software was designed and implemented in Matlab to identify cells and bacteria in an image of cornea obtained from fluorescence microscope. Further implemented Pipeline software for Cell Profiler program to process 3-D image files from Zeiss Laser Scanning Microscope and Olympus Microscope and identify bacteria and cells in the images of cornea. 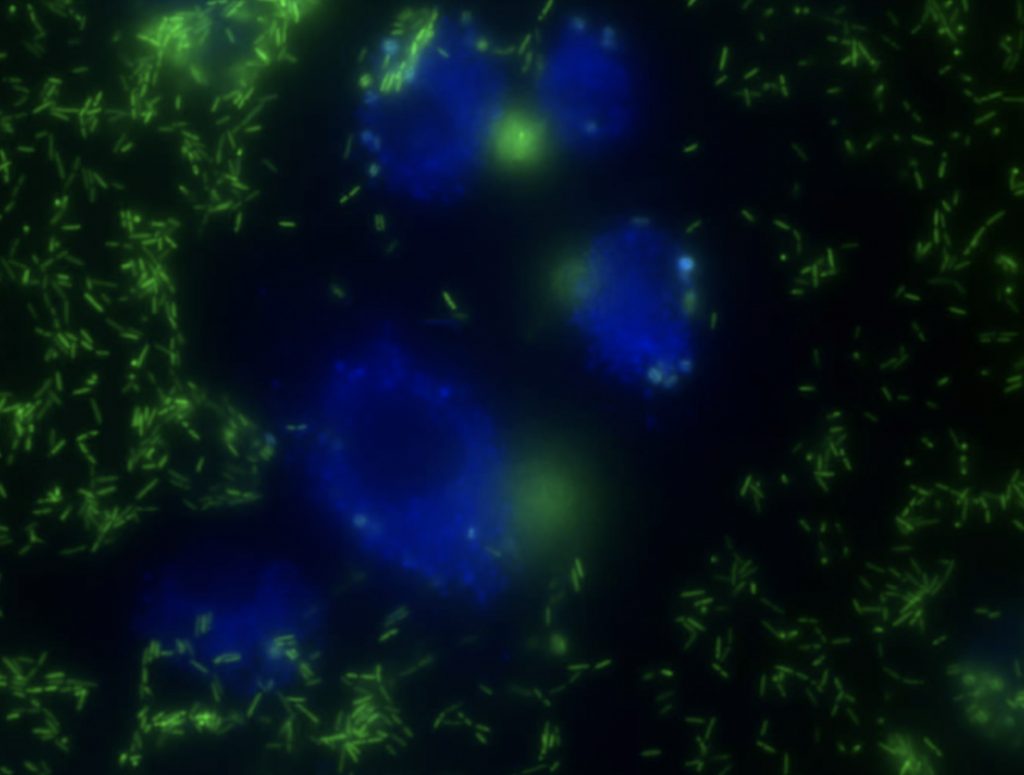 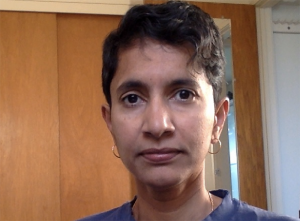